Obesity Statistics: How Does Florida Compare? 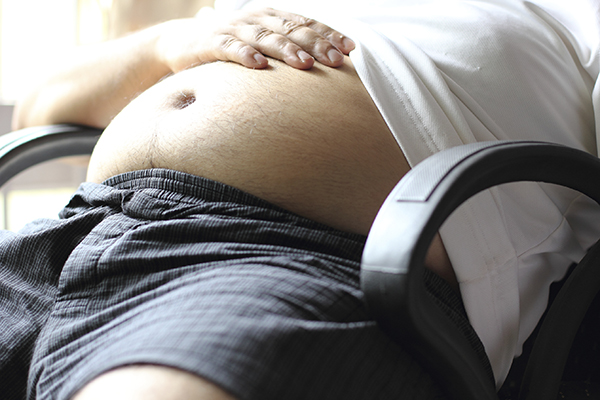 The 2018 State of Obesity report has been released by the US Centers for Disease Control and Prevention (CDC). The results are not heartening. Seven states have adult obesity rates over 35%. No states reported a decline in adult rates of obesity. Colorado reported the lowest rate of adult obesity at 22.6% and West Virginia the highest at 38.1%. Nationwide, 18.5% of kids ages 2-19 are obese with the highest percentage among the 10-17 year old group at 31.2%. Diabetes was on the rise in 5 states. Many southern and midwestern states top the list for the highest rates of obesity, diabetes, and physical inactivity.

How Does Florida Compare?
Dr. Shillingford’s advanced laparoscopic surgical practice, which focuses on bariatric surgery, is located in Southern Florida. Many his patients come from across the state of Florida, including Miami, Boca Raton, Tampa, West Palm Beach, Orlando, Jacksonville, and Naples. How does the state of Florida compare to other states across America in regard to obesity and its comorbidities?

Florida’s Obesity Statistics
Florida now ranks 15th out of 51 states (in this statistic Washington, DC is included as a state) for its adult obesity rate. That means that Florida is among the top one third of fittest states in the nation for adults. 28.4% of Floridians over 18 are obese. Males are slightly more obese than females at 29.6% and 27.3%, respectively. When comparing by race, black Floridians have the highest rates of obesity at 35.4%, then hispanic Floridians at 28.1%, followed by white Floridians at 26.2%.

Obesity Comorbidities
The rate of diabetes among adults is now 10.5%, putting Florida right around the middle ranking 24th out of 51. At this current pace, Florida can expect to have nearly 2.5 million adults with diabetes by 2030. Type 2 diabetes can lead to blindness, amputations, and kidney disease, as well as death. Weight loss can often improve blood sugar levels in those with type 2 diabetes, and weight loss surgery patients frequently report their weight loss led to a reversal of their type 2 diabetes.

More than one in three adults in Florida have hypertension (34.6%), which ranks Florida 16th out of 51 states. Over 4 million Floridians have high blood pressure, and that number is projected to rise by nearly 1 million more by 2030. Hypertension puts adults at higher risk of heart attack, stroke, dementia, and kidney failure. Weight loss can help normalize blood pressure in many adults and many bariatric surgery patients report no longer needing their hypertension medications.

The rate of obesity in Florida is also expected to contribute to the number of cases of heart disease quadruliping by 2030, topping over 6 million adults. Obesity is a risk factor for several different types of cancer, including breast, colon, esophageal, and pancreatic cancer. The number of adults with obesity-related forms of cancer is expected to more than double by 2030.

What Can Floridians Do?
We all need to play a part in helping control obesity rates in America and in our state. For many of Dr. Shillingford’s patients that means Florida. While Florida is among the leanest third of the nation, the effects of obesity can still be devastating. Floridians can play a part by focusing on themselves and their loved ones. Adapting a healthy lifestyle that includes a healthy diet and physical activity for you and your family is important, even for children as preventing obesity is easier than curing it. Weight loss is encouraged if adults have a BMI over 25 (overweight) and especially if their BMI is over 30, which indicates obesity.