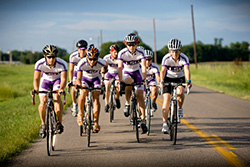 The general ineffectiveness of exercise as a weight-loss strategy has puzzled many researchers and physicians for quite some time because many people who start exercising do not lose as much weight as would be expected, given their increased energy expenditure. A recent study in the Journal of Research in Marketing (May 2014) examined the psychology and possible effect of calling exercise by any other name on people’s subsequent diets. Study subjects (all women) were given walking maps and were instructed to spend a half-hour walking to a determined location, where lunch would follow. Half of the women were told that their walk was meant to be exercise, and they were encouraged to view it as such, monitoring their exertion throughout. The other half was told that their 30-minute outing would be a walk purely for pleasure; they would be listening to music through headphones and rating the sound quality, but mostly the researchers wanted them to enjoy themselves. The women who were "exercising" reported feeling more fatigued and grumpy than the other women despite having the same mileage and calories burned as the other group. The women in the exercise group also consumed more calories from soda and desserts than the women who thought that they were walking for pleasure. These findings suggest that it might be beneficial to have patients make their physical activity routine fun in order to avoid caloric compensation.

As Dr Kahlil Shillingford, Florida lap-band surgeon works with his patients he has noted that many people successful with their exercise routine are successful if they recognize it as an activity instead of a chore. Yoga, surfing, biking and walking are some of the exercises many people enjoy. It also helps if one joins a running club or has a buddy to exercise. In the surrounding areas of Dr Kahlil Shillingford’s practice of Boca Raton, Tamarac and Margate the following exercise groups may be helpful to join:

Dr Kahlil Shillingford, Lap-Band surgery situated in Boca Raton Florida encourages all of his Lap Band Surgery Patients to pick up exercise as a fun activity and not a chore to achieve greater success post Lap-Band Surgery.