Switch to Accessibility Site
Home / Blog » A New Treatment for Diabetes May Be Found in Platypus Venom… Wait, What???

A New Treatment for Diabetes May Be Found in Platypus Venom… Wait, What??? 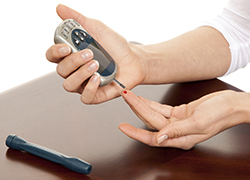 Yes, you read that right. Scientists are looking at how platypus venom can help people with diabetes. First, the obvious question: platypuses have venom? Apparently, platypuses are a rare animal that have fur, lay eggs, produce milk but have no nipples, and are venomous. Males have a spur on their hind leg that can be used to inject venom into other rival males during breeding season.

OK… but what does this have to do with diabetes?

Here’s where things get a little weird (didn’t think that was possible after the platypus venom thing, huh?). Diabetics are sometimes prescribed a drug that is based on a hormone called glucagon-like peptide-1 (GLP-1). GLP-1 is a natural hormone that is secreted in the human gut to stimulate the release of insulin. Insulin is what helps to lower blood sugar in the body.

GLP-1 is found in animals, too, but the version found in the platypus is altered largely due to the animal’s very different characteristics. Platypus GLP-1 has a dual role in it’s digestion as well as its venom, which makes for a significantly modified version of GLP-1. One benefit to this modification is that platypus GLP-1 is more resistant to degradation, meaning it stays around in the body longer, continuing to work longer than the human version.

Drug companies are now researching if this discovery can be harnessed to help improve the lives of the over 400 million people with diabetes globally. Diabetes is often a comorbidity of obesity, and significantly raises the risks of heart disease, blindness, kidney failure, and death. There’s still a vast amount of research and development to be done, but there is the possibility that platypus venom may one day prove useful in improving treatment for those with diabetes.

If you have diabetes, don’t wait for platypus venom based medication to be developed before seeking treatment. Type 2 diabetes can often be improved with weight loss, diet modification, exercise, and medications. Controlling blood sugar is critical to preventing harmful effects on the body, such as diabetic ketoacidosis, End Stage Renal Disease often requiring dialysis, blindness, amputation, and death.

Dr. Shillingford, MD, PA, a is a board certified surgeon specializing in advanced laparoscopic and weight loss surgery. As obesity is a determining factor in having gastric sleeve, gastric bypass, and lap band surgery, his bariatric surgery patients are often at high risk of having or developing diabetes. Weight loss, which is often the primary goal of gastric sleeve, gastric bypass, and gastric band surgery, is one way to improve blood sugar levels in those with diabetes. Bariatric surgery patients with diabetes can also improve their blood sugar levels by following their prescribed low calorie diet. If you or a loved one is obese or overweight and struggling to control blood sugar levels and diabetes, contact Dr. Shillingford today at (561) 483-8840 to learn about how bariatric surgery can help.