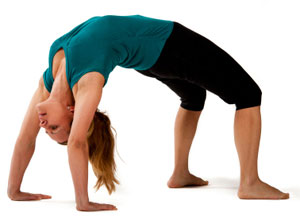 In 2012, 86 million Americans aged 20 and older had prediabetes. That is, their blood sugar levels were elevated but not yet to the range to qualify them as diabetic. In prediabetes, sugar in the blood does not respond to insulin as well as it should, or the body is not producing enough insulin to normalize the blood sugar levels after eating. Not all prediabetics will progress into becoming diabetics, but being prediabetic still puts one at greater risk of developing heart disease and having a stroke. The good news is that prediabetics have the opportunity to make changes to reduce their risk of developing diabetes.

In order to reduce blood sugar levels and improve insulin sensitivity, doctors most often recommend calorie restriction, exercise, and weight loss. Many people believe the benefits of each of these to be interchangeable. A recent study by researchers at Saint Louis University investigated the effects of diet, weight loss, and exercise on insulin sensitivity. The results were interesting and help shed some light on previously held misconceptions.

Researchers looked at sedentary, middle age, overweight men and women and separated them into three groups designed to reduce weight by 6-8% by diet alone, exercise alone, and a combination of both. They then studied the participants’ insulin sensitivity, which is how effectively their bodies were able to use the insulin they produced. Results showed the groups who reduced their calories and the group that exercised both experienced improvements in their insulin sensitivity. However, the group that both reduced their calories and exercised saw a two fold increase in insulin sensitivity than either of the two single approach groups. “What we found is that calorie restriction, like exercise, may be providing benefits beyond those associated with weight loss alone,” said Edward Weiss, Ph.D., associate professor at SLU. “On the surface it may seem obvious, and yet there are a lot of people to believe that if they maintain a healthy weight, it doesn’t matter what they eat. And others have an appropriate food intake but don’t exercise. This study says you can be healthier if you exercise and eat the right amount of food. There is more to be gained by including both approaches in your life,” Weiss concluded.

Patients of Dr. Shillingford’s surgical weight loss procedures such as gastric sleeve, gastric bypass, and lap band have the benefit of already consuming less calories by virtue of their procedure. Exercise can be incorporated by choosing an activity you find enjoyable. Walking, running, swimming, biking, yoga, pilates, dancing, tennis, and basketball are options many people find both fun and easy to incorporate into a healthy exercise routine.