Demographics of Obesity In Florida 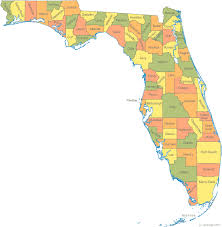 In Florida, almost 3.7 million adults are physically inactive, and approximately 4.0 million adults are obese – according to recent statistics. We are overall ranked as 11th in the nation as a state in 2013 per obesity; Colorado was the leanest state in nation coming in with a ranking of one. The following counties ranked as follows:

BMI is one of the ways obesity is measured. The Graph Rankings Obesity is the percentage of adults who are estimated to be obese, defined as having a body mass index (BMI) of 30.0 or higher, according to self-reported height and weight. BMI is equal to weight in pounds divided by height in inches squared and then multiplied by 703.

Dr. Kahlil Shillingford is a weight loss surgeon in Florida servicing counties such as palm beach, broward and Miami- dade along with Hamilton county. Many patients with obesity have turned to the gastric bypass surgery to lose weight. Gastric Bypass is a surgery commonly performed in Florida; it is the oldest type of weight loss surgery and has the most research and studies behind it. It is known to reverse diabetes in many obese patients. Dr Shillingford and his staff would be happy to educate you or a family member on the many types of obesity surgery including gastric bypass surgery. For many patients who are challenged with genetics and metabolic conditions which predispose them to obesity, Gastric Bypass Surgery can be a viable option for their road to health.